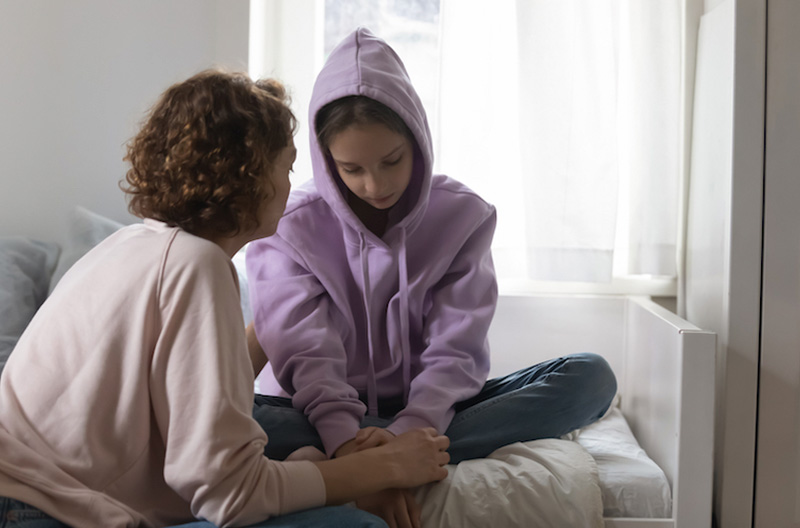 The long periods of remote learning during the pandemic may have one silver lining: The physical distance appears to have prevented student harassment.
New national research from Boston University using internet search data suggests bullying declined during the pandemic—not just in schools, but online as well—and harassment hasn't entirely returned even after students started to come back to campus.
In a typical year, the internet sees a spike in people looking for information on bullying at the beginning of a school year, which then drops over time, with lulls particularly over the winter and summer breaks. By comparing the month by month search patterns of millions of Google users from March 2020 to February 2021, researchers got a glimpse of how school and online harassment may have changed when students were at home, beyond school reports and surveys.
Over the course of the pandemic, searches related to school bullying were 33 percent lower than would be expected based on historical trends, and those related to cyberbullying were 27 percent lower.
The drops were driven by changes in in-person learning during the school year. Lead author Andrew Bacher-Hicks and his colleagues found that searches related to bullying stayed about the same during the summer months before and during the pandemic.
Bacher-Hicks, an assistant professor of education at Boston University's Wheelock College of Education and Human Development, said he was surprised that there was a significant drop in online as well as in-person harassment during the pandemic—considering students were spending more time socialising online. But the findings bear out the results of other studies that suggest "cyberbullying rarely occurs independently of in-person bullying," he said. "It's a form of in-person bullying that's just enacted through a different medium."
"There might be some event or interaction that's going to create a cycle of both in-person [bullying] and then spill over into cyberbullying," Bacher-Hicks said. "And so when that initial event doesn't happen, not only is in-person bullying less likely to happen, but so is cyberbullying."
He suggested that when students attended school remotely—as well as when they returned to strict social distancing—there was less time moving between classes and other unstructured periods in which students could have an initial falling out in person that could lead to later bullying on campus and online.

Online searches provide peek into activity outside of school reports 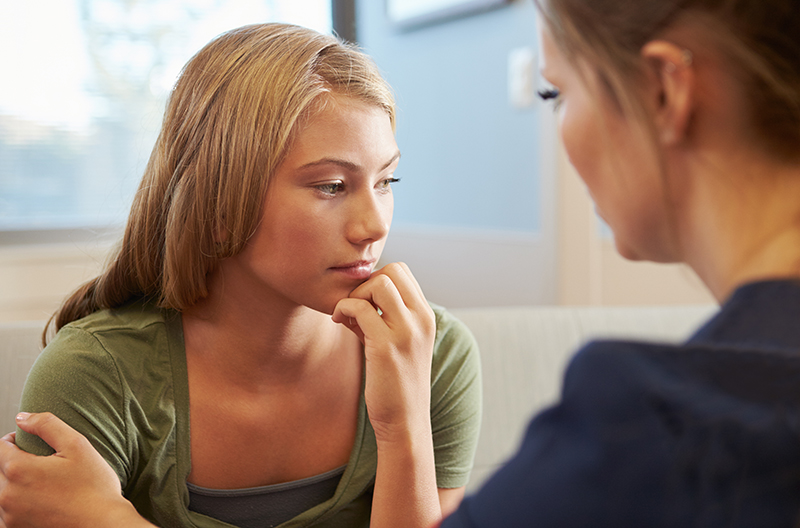 Search-term analysis has previously been used to identify other behavioural trends such as voting, spending habits, and even the spread of disease, but the Boston University study is among the first to apply the large-scale analysis for school bullying. The approach allows researchers to track people's private interest in real time, getting around the problem of school-reported bullying data that may undercount harassment that flies under educators' radar.
However, using search data does not give a clear picture of whether students or parents, bullies or victims are the ones seeking more information. Also, the study looked at the prevalence of specific search terms rather than traffic to individual web sites, so it does not show whether there were any differences in the kind of information people looked for. To compensate, the researchers compared their historical results in Google data against federal data on bullying from 2013 to 2019 from the Centres for Disease Control and Prevention's Youth Risk Behavior Surveillance System, the most recent data. That analysis showed the search patterns correlated with actual bullying data.
Sameer Hinduja, a co-director of the Cyberbullying Research Center and professor of criminology at Florida Atlantic University, said the centre's own studies of reported bullying were more mixed. In national surveys of middle and high school students, Hinduja and his colleagues found the share of students who said they had experienced cyberbullying rose 6 percentage points from 2019 to 2021, to 23.2 percent. But, in a separate survey, the researchers found more than 42 percent of the previous victims said they had faced less cyberbullying during the pandemic, and nearly 22 percent said the harassment stayed about the same. Moreover, more than 62 percent of students who said they had bullied classmates online in the past said they have done so less since the pandemic started.
"Do I think that cyberbullying continues to happen among students? Yes. Do I think it should be a major priority point for educators? Absolutely, especially with mental health and well-being of students being such a core concern these days," Hinduja said. "Everyone, including our youth, seems like they are hanging on by a very thin thread," he added, noting "the "very clear link over many years" between cyberbullying and problematic emotional, psychological, academic, and even physiological outcomes."
The Boston University study also found that as schools began to return to in-person schooling in the 2021 school year, search activity related to online harassment came back faster than searches related to in-person bullying. Areas where schools remained fully virtual saw a 42 percent drop in bullying-related searches, while those that allowed at least some students back on campus had only a 19 percent reduction from 2019.
This may point to ways that school leaders can tamp down bullying once students return to school, Bacher-Hicks said, by looking at how social distancing, cohorting, and other procedures used during the pandemic may prevent initial bullying episodes.
"A lot of the evidence that we see coming out of COVID focuses on the negative consequences—you know, learning loss, mental health, things like that—and those are very real negative consequences of the pandemic," Bacher-Hicks said. "But I think this is useful to show that there's some evidence that at least some aspects of the educational experience may have improved for certain students, especially those who were targeted for bullying."